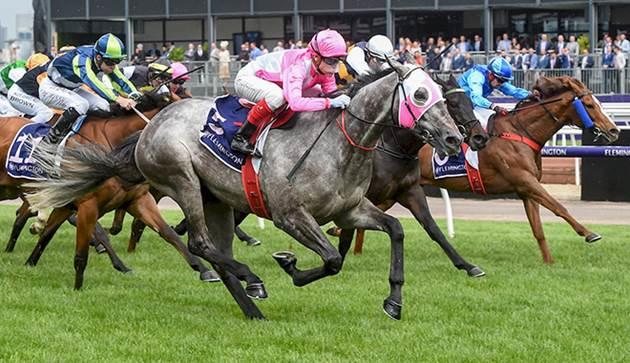 Harbour Views had his colours lowered for the first time at Flemington on Thursday as emerging four-year-old Star Missile landed the lucrative final of the Melbourne Cup Carnival Country Series.

The win in the $500,000 contest was celebrated by more than 800 owners from around the country, many of whom were on track, as part of a group led by pioneering syndicator Shelley Hancox.

Trainer Greg Eurell praised the ride of jockey Craig Williams and predicted further improvement for the son of Smart Missile into the autumn.

“This was the race that we really wanted to target this time in and it’s worked out well,” Eurell said.

“We stretched him out last time in just to see if he could get out over the Derby trip and it was just a bit too far for him.

“I think there are over 100 owners here today so it’s a great thrill for them.

While disappointed that Harbour Views’ winning run had ended, Matthew Williams was able to quickly find several positives in the performance.

The son of La Havre carried the 61.5kg topweight and was held up at several stages in the straight but still battled away gamely to finish second, just over a length adrift of Star Missile.

“He just got held up a little bit, probably when he needed to be getting out and building a bit of momentum,” Williams said.

“It’s hard with the 61.5kg to jump out of the ground the last furlong but he still found and was good to the line.

“We’ve got a couple of options, whether we go to the 2000m for the Ballarat Cup – which he sort of looks like he might be looking for 2000m so that’s certainly an option – the other option is to spell him and bring him back for the autumn.”

And while some punters immediately feared the worst after an incident in the final 200m of the race, Starspangled Rodeo was cleared of any injury when vetted post-race.

The Joe Waldron-trained galloper lived up to his name by putting on a bucking exhibition under jockey Jamie Mott.