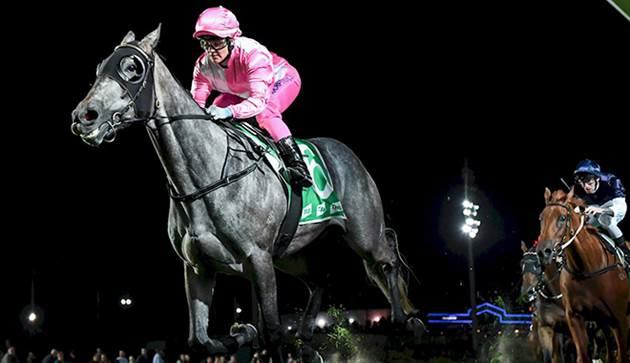 Trainer Greg Eurell is supremely confident that Star Missile can run a strong 2500 metres and be a force to be reckoned with in Saturday’s Group 1 South Australian Derby.

Star Missile placed second to fellow Victorian Declarationofheart in the Group 3 Chairman’s Stakes (2000m) at Morphettville last start and Eurell is of the opinion he will continue to improve over more ground this weekend.

“I wouldn’t put it past him, I think the way he is going well, I was very, very happy with his last run, I thought he was exceptionally good, the lead up all the way through has been fantastic,” he said.

“He popped over to Adelaide and then is back home with us now, you wouldn’t even know he has been away.

“He certainly benefited from the run, but his demeanour he hasn’t missed a beat, he hasn’t left an oat and is in great shape, I was very happy with his work this morning and happy with the draw so there is a few boxes ticked at the moment.”

“He has been looking for the trip this time in, he has just matured a bit, the prep before he learned a lot,” Eurell said.

“He had a good spell and came back in as a very sound horse, he is relaxing terrifically in his races and giving himself every opportunity to run the trip out.

“I would be very doubtful if he couldn’t run it, the run the other day I thought was exceptionally good, it was a big effort, he made a lot of ground out wide, he looked a sneaky chance to win at one stage but hopefully it is this Saturday.”

“He is a horse that gets back a bit, hopefully we don’t have to be as far back as he has been, it would be nice if he was midfield, that would give him every chance to sneak into the race and do his thing,” he said.

“I’m happy with where he is at, a lot of horses you get to the races and are hopeful, but everything has gone really good for this horse, I think he will run really well.”