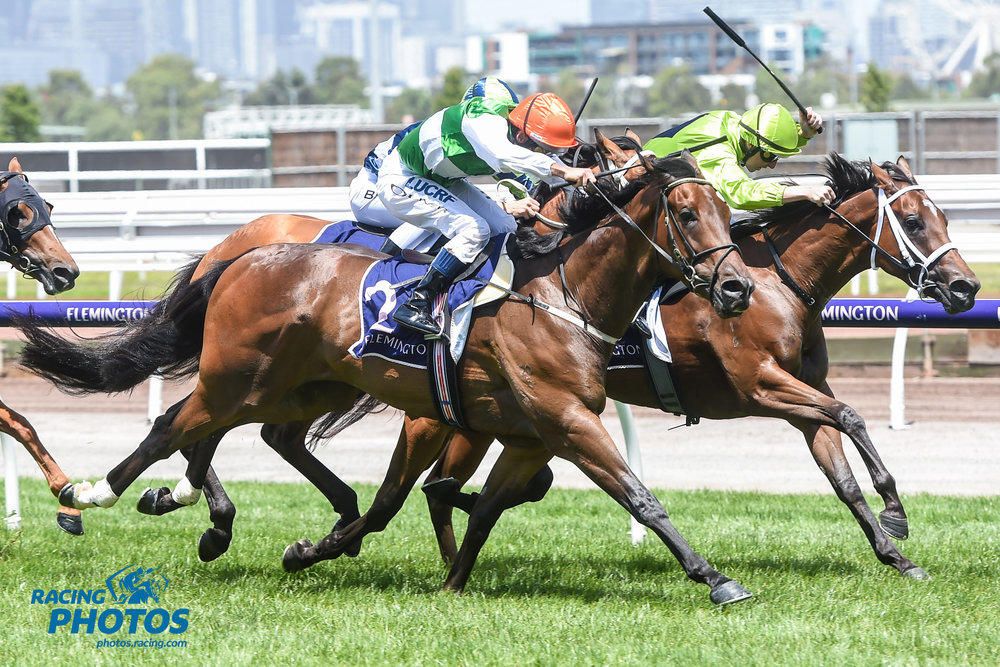 I’ve had three or four looks at O’Tauto’s win in a 3YO BM70 at Flemington on Saturday – his second win in just four starts with a couple of seconds thrown in so a consistency pattern is already emerging.

Old timers have wondered if the gelding’s name was inspired by the deeds of 1971 Cox Plate winner Tauto – one of the hardiest horses to race in Victoria in the sixties and seventies. Not the case. His name is simply a combination of the names of his sire O’Lonhro and his dam Taut.

The stallion stands at Larneuk Stud Euroa (Vic) at the bargain basement fee of $6600. His mare numbers were low for his first few seasons, but are steadily climbing as winners pop up everywhere – a total of 73 to date.

Larneuk Stud proprietor Neville Murdoch races O’Tauto himself, having bred the horse from a Strategic mare called Taut. Neville made a wise decision in giving O’Tauto to Greg Eurell at Cranbourne – a trainer of immense grounding in general horsemanship.