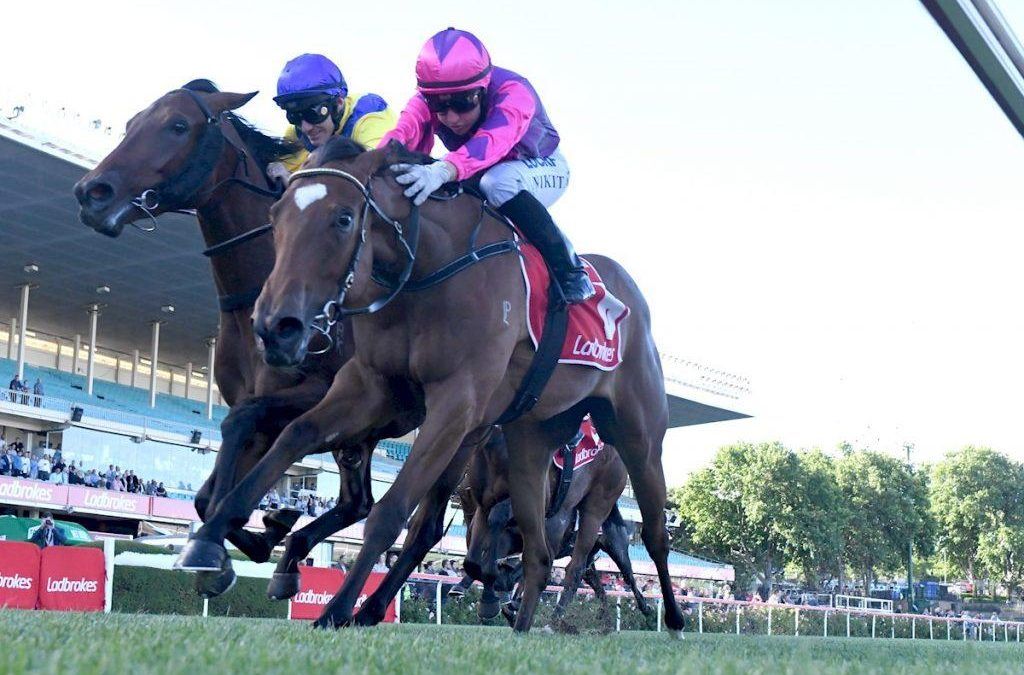 If sales ring interest counted for anything, Lady Horseowner would not have stood a chance against Al Naifa at Moonee Valley on Friday night.

The latter, a half-sister to Group 1 winner English, fetched $1.8 million at this year’s Inglis Easter Yearling Sale in Sydney.

Lady Horseowner wasn’t even deemed worthy of a spot in a catalogue.

The Greg Eurell-trained two-year-old was knocked back on account of being too small, but defied her size to hold off Sheikh Mohammed bin Khalifa Al Maktoum’s purchase in the $40,000 CRT/Whites Rural Plate (1000m).

“We couldn’t even put her in a sale,” owner Paul King said post-race.

“She was the little filly that no one thought anything of.

The daughter of Equiano and Fastnet Rock mare Kid Gloves franked the adage about the size of the fight in the dog being more important than the size of the dog in the brawl.

Heavily backed from $26 in early markets to start a $6 chance, Lady Horseowner had every right to be overrun after utilising her early speed to take up a forward position when challenged by Al Naifa ($4.40 fav), but rallied in the final 50m to score a half-head win in a time of 59.69 seconds.

“Coming into today I was very confident, then when the barrier draw out and she drew eight I was a little bit sceptical,” jockey Nikita Beriman said.

“But I thought she had enough barrier speed to get across. The other horse (Al Naifa) probably put a head on me and I thought, ‘I’m going to run second here’, but I knew she’s got plenty of fight and I put the whip away and she really pushed on her neck. She just wants to win.”

Eurell said the fact Lady Horseowner was able to turn in a performance like she did on debut at the end of a long preparation emphasised her toughness, but it might be a case of making the most of her juvenile season in case she fails to grow.

“She’s been up for a terribly long time and we’ve waited for her to put her hand up and say give me a break, but she’d just kept going forward and the opportunity was to come here,” the Cranbourne trainer said.

“She probably deserves a little breather now and we might have to look for something in the new year and see what we can do with her then.

“She’s still got a bit to come up in the wither and there’s room for a little bit more growth, but she’s not going to be overly big. Probably her two-year-old days is the right time for her to capitalise on her size.”

Lady Horseowner’s was part of a dream start to the night for Beriman, who backed up the win with victory aboard Alonzah for Allison Sheehan in the second race off the night.