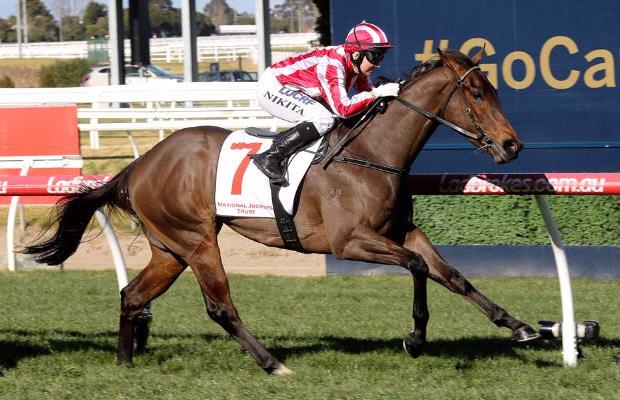 I Did It Again landed a plunge when winning Saturday’s John and Denise Cobcroft 2YO Handicap (1200m) at Caulfield.

“It’s always nice to see them confirm in a race what you see them do at home,” Eurell said.

“He bounced into a good spot and he’s very professional – he’s a horse that can make his own luck and that plays a big part.

“I think he’s still got a fair bit of improvement on what he’s shown today and once he matures I think he’s going to make a really nice horse.”

“I think he’s going to make a nice horse so we’ll have a think about where he goes next,” Eurell said.

“I’d say he’ll have a let-up now and then think about what we do with him in the spring,

“I’d like to think he can head in the mile direction – he’s always given me that impression but some nice races on the way through to test him,

“You’ve got to aim high I suppose so a race like the Caulfield Guineas and if he doesn’t make it then you can always come down.”