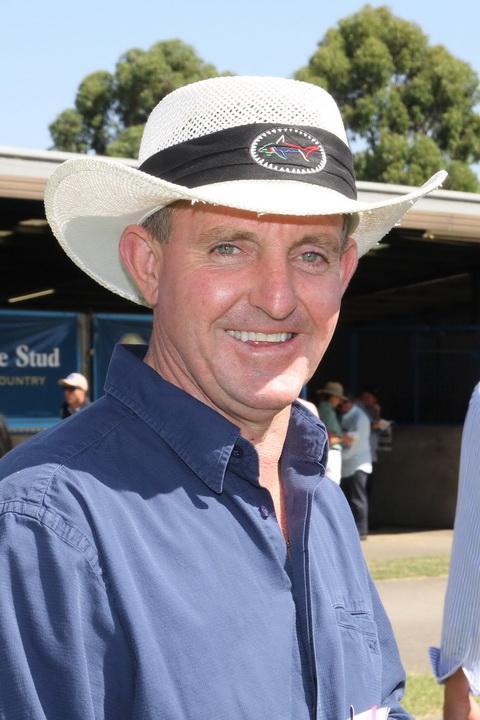 Greg was born in Sydney in 1960; he grew up around horses and started show jumping when he was 15 years old. He was sent to America at 16 with the Equestrian Federation team and went on to be one of the leading show jumping riders in Australia. In 1979 Greg travelled to Europe to compete and was very successful culminating in his selection aged only 20 to compete at the Olympics in 1980 but due to the Moscow Games being boycotted by Australia he did not attend. He kept at it and was selected and competed at the 1984 Olympic Games in Los Angeles.

With horses in his blood Greg started breaking and pre-training horses for many well known people in the racing industry and took out his trainers licence in 1987.

Greg has since been consistently amongst Victoria's leading trainers with a very healthy strikerate from a small team of horses and is well known as the trainer of the striking cult horse "Apache Cat" 8 time Group 1 winner (including 5 in a row) and Cox Plate Winner "Pinker Pinker".

Hancox Bloodstock has been utilizing Greg Eurell as a trainer since he was first licensed. Greg and the team at Cadet Lodge are a pleasure to deal with.

Cadet Lodge is run with honesty, integrity and efficiency with the welfare of the horse as the first priority.

As syndicators and managers of racehorses we find Greg Eurell and his team at Cadet Lodge make a difficult job easier.

I have known Greg for more than half his lifetime, as an Olympic Equestrian and as a successful trainer. I consider him to be a very talented horseman, both in training and educating horses. Greg and I have supported each other over many years and he has been the catalyst in the formation of many enduring business associations and friendships.

My support of Greg is based on his sincerity, integrity and talent as a horse trainer. Lynden Park Stud's association with Greg has included the breeding and racing of wonderful horses like Apache Cat and Waynes Gold. I believe there are many more to come.

Greg is well supported by his partner Danielle and sons Tim, Nick and Sam. I write this recommendation with great sincerity and the utmost admiration.