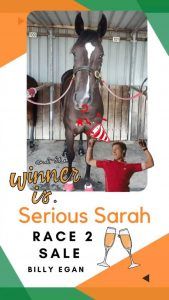 One to Watch – Sale

Neville Murdoch of Larneuk Stud has had a lot of fun with the progeny of his terrific producer Sunstyle and she delivered the goods for him again at Sale on Tuesday with an impressive debut two year-old winner.

Retained to race by Murdoch and given to Greg Eurell to train, Serious Sarah opened her account in the 1110m maiden and led all the way to win by two lengths over race favourite Vinlago, a son of I Am Invincible.
Serious Sarah looks a bright prospect for her Larneuk Stud based sire Cluster, who has been in the news this year with his classy two year-old Rocket Tiger, who contested the Golden Slipper after placing in both the Group II Silver Slipper and Group III Canberra Black pal Stakes. 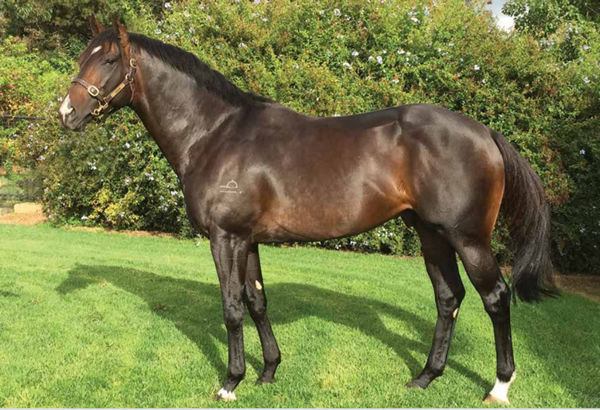 Fastnet Rock stallion Cluster is the sire of Serious Sarah.

Serious Sarah is a half-sister to stakes-winner Ilovemyself, also trained by Greg Eurell, who was subsequently sold to Hong Kong, as well as metropolitan winners Starspangled Rodeo, Suncraze and Night Fever.

She is the sixth winner from seven foals to race from unraced Xaar (GB) mare Sunstyle, who was bought for just $700 from an Inglis Broodmare Sale in 2014.

Sunstyle has a yearling colt and weanling filly by Larneuk’s young sire Wolf Cry and was covered last spring by Ilovethiscity.