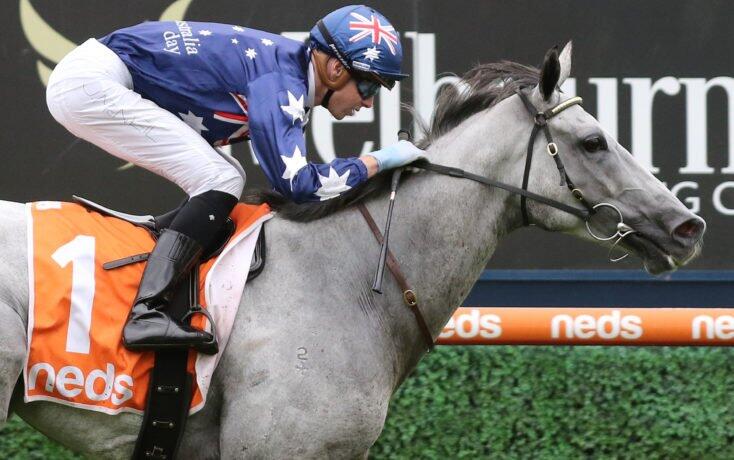 The Greg Eurell trained Blazejowski, unwanted in the betting at $17 (Sportsbet), bounced back to his best form to take out the Listed John Dillon Stakes at Caulfield.

“He has been terrific at home where he is faultless. He has been very sound, his work has been right up to speed, but he has been coming to the races and juts doing a few little things wrong and, carrying that weight, he has just been making it hard work for himself.

“Then today, the way the race panned out, he brought his true Blazejowski back to the races. It was a good effort.

“You know, when things aren’t going quite right you think maybe we should change this or change that, but we decided to keep to the same recipe that has always worked for him.

“What made it more frustrating is that at home his work and his general well-being has been spot on. If he had brought that to the races, like he did today, he would have been competing a lot better previously.

“He probably got away with that early in his career, but these days he has got to be a little bit more correct to make it a bit easier.

“Having said that, he has been terrific for everybody. Apart from earlier in this prep, he has been very consistent. He is lightly raced and we’ll just keep poking through this time of the year and hope to get into the right races.”

Jye McNeil confirmed Blazejowski is a bit of a special horse for him.

“We’ve got a great association together,” said McNeil. “At the start of this preparation I wasn’t able to ride him and, thankfully, I was able to get on him at the right time.

“I think a couple of key things happened today. The rainfall … he really likes a cut in the ground. Also, we were able to get into a settling position on a genuine tempo which really enabled him to finish off well.

“I was just worried whether he would be able to produce that finish with the big weight, but he carried the weight really well.

“I think it was just a question of finding the right surface at the right time.

“Greg (Eurell) was very positive before the race. He said Blazejowski was going fantastic in his work and I think he showed that today.”