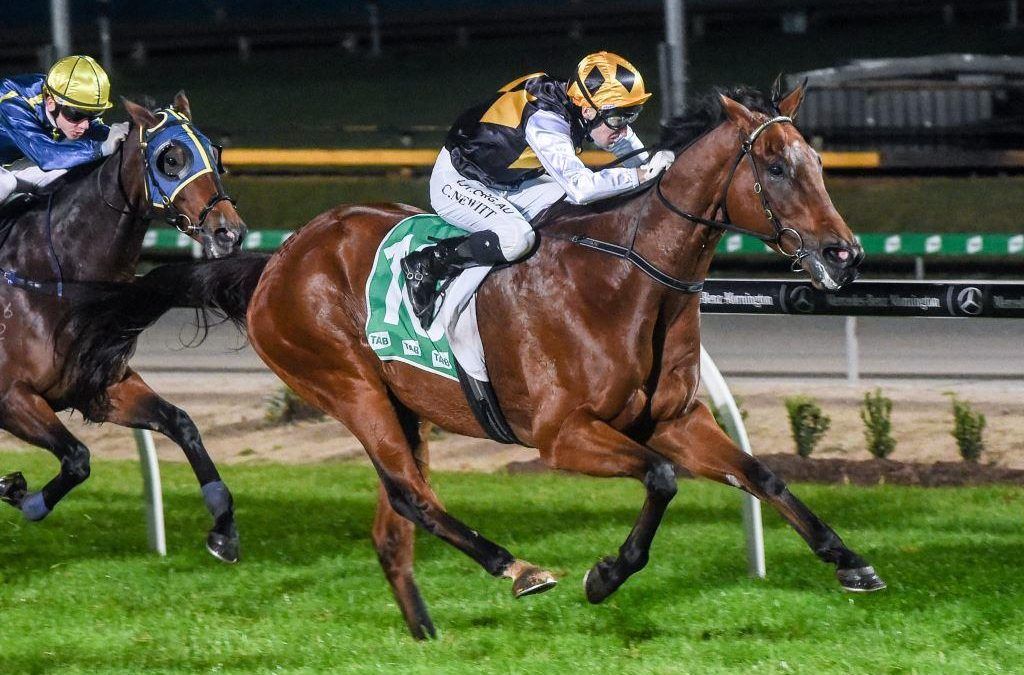 Mathew Toogood
Victoria Star has re-ignited his racing career in Australia this season and trainer Greg Eurell believes the well-travelled gelding can continue to step up in Melbourne this winter.

The six-year-old gelding runs in Saturday’s Vale Kevin O’Brien Handicap (1400m) at Caulfield with the winner to be exempt from ballot for the Listed Winter Championship Series Final (1600m) at Flemington in early July.

Before finding his way to his new home at Cranbourne, Victoria Star began his career in New Zealand where he won twice racing under the name Rocstock before a sale to Hong Kong.

Unplaced in only two starts in the Hong Kong, Victoria Star later found his way to Eurell’s team and has won three of his four starts for his new trainer this season.

His most recent victory came first-up from a spell in a 1200m benchmark-84 at Cranbourne on May 15.

“I just think he probably didn’t really like the environment over there (in Hong Kong) and he just never fired,” Eurell said.

“I think he got an injury in the process, nothing too serious, which I think made the decision easy to bring him back to New Zealand.

“The agent who works for the owner of the horse then contacted us and asked if we’d like to give him a go here.

“You’re always of the opinion if they’re good enough to go to Hong Kong, they’ve got ability. The only question mark we had was whether he would get back to his ability.

“The more we got to do with the horse, he always showed good ability all the way through.

“We got him to a trial and he trialled terrific and he just kept going forward from there.

Victoria Star was first emergency for Saturday’s race but there has been one scratching which assures him a start.

“He hasn’t missed a beat at home. He’s certainly ready to go again so it would have been very disappointing had we not been able to get a start on Saturday.

“We knew he wasn’t going to enjoy the hard tracks so we thought we’d get him back for the winter and his main target would be through this Winter Championship series if he can run a mile.

“On what we’ve seen I’d be very surprised if he couldn’t run 1600 metres and he’s very adept in the wet.”