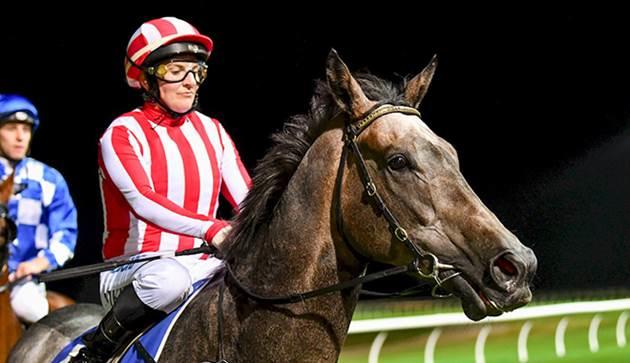 Exciting four-year-old Flying Murty has been sold to Hong Kong.

The son of Murtajill won three of his four starts for trainer Greg Eurell and was a luckless runner-up in his only defeat.

Though admitting his disappointment in losing such a promising galloper, Eurell said he completely understood the decision after connections were made an offer too good to refuse.

“It’s undoubtedly disappointing but in fairness to the owners the horse was originally bought as a trade horse that missed the boat to be sold as a three-year-old,” Eurell said.

“We thought there wasn’t going to be much chance of him being sold as a four-year-old and the only thing to do then was to race him.

“The interest was there in him early but the issue was he wasn’t the right rating to go across to Hong Kong as a four-year-old. He had to keep winning races to fit the criteria required for the permit.

“When he won the race at Caulfield he became eligible and there was a healthy offer made that the owners had to take.”

Flying Murty was last seen at the races defeating subsequent Flemington winner Eclair Calling at Caulfield in April in a performance that had Eurell excited about his potential spring prospects.

“I think he was a Group horse,” he said.

“He had all the right attributes and was already heading in that direction.

“He was a sound horse, he was a good horse to train and he got through his races really well.

“He had plenty of ability and he did a super job the day he won at Caulfield at what was only his fourth start.

“We were pretty buoyant that the horse went to the paddock in terrific order at the right time to be set for a big spring preparation.”