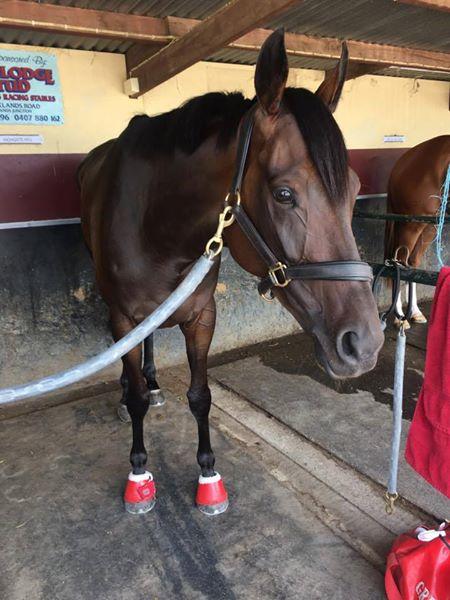 High Chaparral five-year-old mare Highgate Hill broke through for a well-deserved win at Moe on Tuesday, showing a good turn of foot when presented in the straight, and racing away to impressively win the Christmas Party Raceday Dec 15th BM58 Handicap (2088 metres). Suited by the generous tempo, heavy conditions, and given a ten out of ten ride from Jamie Mott, Highgate Hill had three and half lengths to spare on the line from on pacer The Donchess, and Marjessie who made an early long sustained run, battling on well for third. Trainer Greg Eurell was delighted with the result, “It turned out a pretty soft win. She got into a lovely spot from gate, worked out perfect, travelled even and sweet. When the run came, certainly hit the run the line strongly.” Eurell thinks his mare still has plenty of scope for improvement, “She should take plenty of confidence from that win. It’s a great reward for her consistency and nice to get that win on board for everyone involved, they have been very patient. Will have to go up in grade, but sure to be hard to beat in the 2000-2400 range.” Greg Eurell purchased Highgate Hill from the 2014 Inglis Premier Yearling Sale from the Hillside Thoroughbreds, Nagambie draft for $60,000. The well related mare is owned by Sue Ridgway, Kate Grossek, Lisa Saxton, Bill Daniels, Wayne Kelly, Miller Dietrich Yerfayze Syndicate, Andrew Price, Peppermint Park Racing, Steve Jackson, Cain Jackson, Adam Chylek, Jim Holland, Charlie Simon, Marcus Fraher, Ron Hodges, Men In Hats Syndicate, Mrs Y T Martin, Mike Fitzgerald and John Price. Highgate Hill has now raced on twenty-two occasions, for three wins and eight placings, earning her connections $70,776. Sarah Berry (Racing Manager for Greg Eurell), reported today “She’s has pulled up well, will be targeting a BM64 (2025 metres) on Cranbourne Cup Day (October 15th).