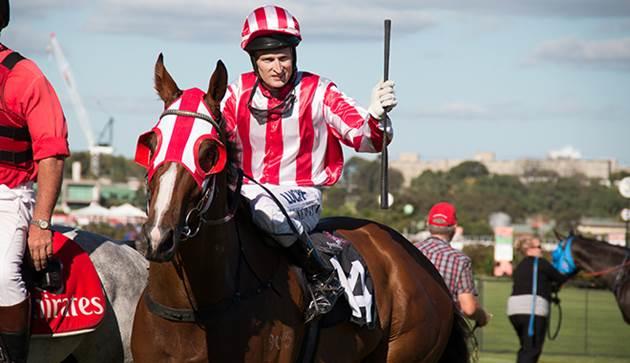 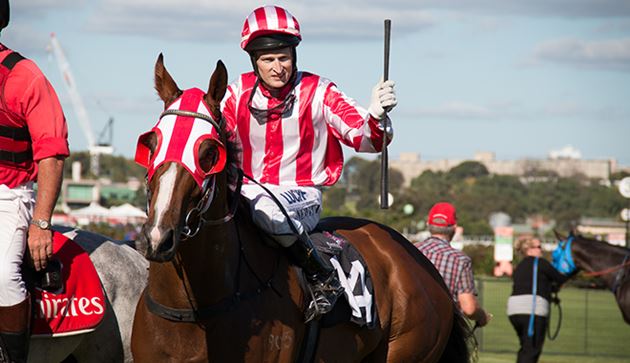 Craig Newitt aboard We’ve Got This (Image; Tom Pollock)

Newitt hand up for We’ve Got This ride

Craig Newitt is hopeful of securing the ride on We’ve Got This in the Aurie’s Star after trialling the talented sprinter at Cranbourne on Monday morning.

It was no surprise to see We’ve Got This easily win his heat considering the level of opposition he faced but Newitt was glowing in his report of how strongly the Greg Eurell-trained runner performed.

“He went super, it wasn’t about how fast he went or how big a margin he could put on them, he was just out there to keep him ticking over but he felt terrific,” Newitt said.

“The plan is for him to resume in the Aurie’s Star and I’m hoping I get the ride.

“He has had a jumpout at Cranbourne and this was his second solid hit-out so he is coming along nicely.

“I just sat back off them and then let him cruise in to the trial under his own steam.

“He barely raised a sweat and felt very good going to the line.”

The Aurie’s Star is run over 1200m at Flemington on August 12 and We’ve Got This has shown a liking to the track and distance in the past.

Newitt rode We’ve Got This when he placed third to Faatinah in the Group 2 Bobbie Lewis last spring but was replaced by Damien Oliver when he was second to The Quarterback in the G2 Gilgai.